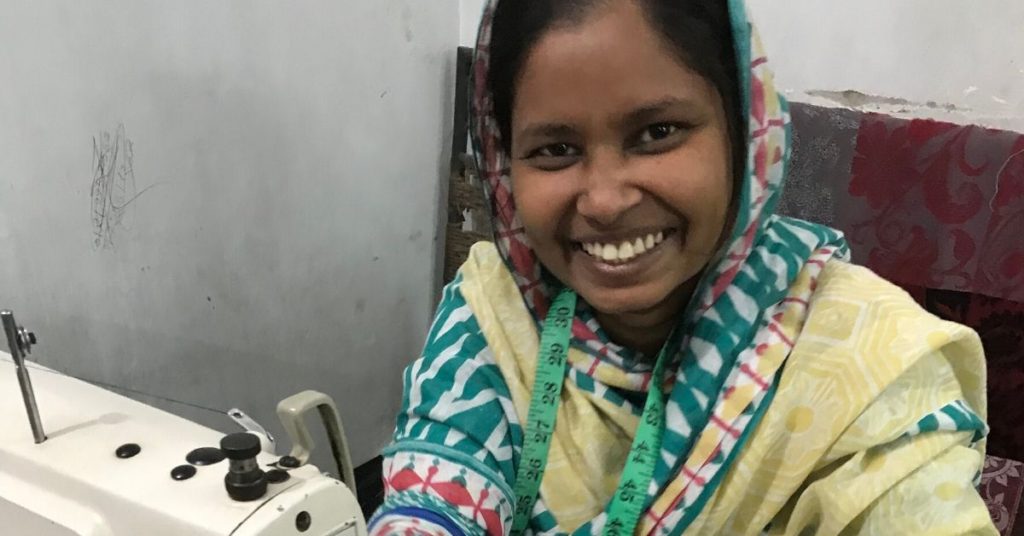 A story to warm your hearts for Christmas

Ketso has a special partnership with Motif, an organisation in Dhaka, Bangladesh that makes part of our products. Motif is comprised of experts in their craft, but more than that, it is a Fairtrade organisation. This is vital for Ketso as a company, as we endeavour to do what we can to bring positive impacts to people’s lives. When you purchase a Ketso kit, it has a ripple-effect of providing positive work, for so many people. We recently found out about one story where Motif’s fair pay policy kept a mother and son safe from harm and destitution.

In January 2009, Jo Tippett was in Dhaka speaking at a climate change conference. She was looking for Fairtrade suppliers, and by asking around in shops that sold Fairtrade goods, she found contact details for the Bangladesh Craft Council, and they put her in touch with Motif.

A Quest for Fairtrade

Jo took a tuk tuk, basically a motorbike taxi, across Dhaka to try and find Motif, and by wandering the backstreets she found the right door. This marked the beginning of our partnership, with Motif bringing a new element of artisan craftwork and innovation to Ketso design. From this, the Ketso 3 Mini was born, and Motif has been a strong partner ever since.

An appealing part of Motif’s service was that some of the Ketso products could be created through recycling. For example, the denim is offcuts, and the leaf pockets are made from reject concrete sacks, both of which would otherwise go to waste. Also, the front flap on the colourful versions is made of kantha, recycled sari fabric, using stitching that has traditionally been used to recycle saris in South-East Asia.

The Fairtrade policy means that the people who work at Motif are treated well and paid well. This is especially important in this region.

“The Fairtrade policy means that the people who work at Motif are treated well and paid well.”

There are many personal stories of people’s lives being improved, but we would love to share one story that really touched the team at Ketso.

Jackie from Motif and Shapnil

Meet Shani and her wonderful son, Shapnil. Shani has worked with Motif now for six years and during this time has made many kits for Ketso. Her production experience and great suggestions in sample development mean the new My Ketso is both well-made and well-priced. Shani’s son, Shapnil has also benefited immensely from his mum’s dedication to excellence in her work.

During these years, for traumatic reasons, Shani made the rare and arguably brave decision to divorce her husband, as usually it’s the husband who initiates this process. This was a very risky thing to do because it could leave her with nothing, but importantly, the divorce allowed her the peace of mind to raise her son in safety.

With her Fairtrade wages, Shapnil’s education is secure, and as they now live with her relatives, Shani has a voice in family affairs.

Motif stated they ‘felt blessed by this little family’. When Shapnil arrives at the office after school he gets down to his homework, has a nap and as they say: ‘he shares his precious smile with us all!’

My Ketso hangs on the wall

Ketso began as an idea to help people find their voice, take action and to contribute their knowledge, and that’s why Shani’s story resonates and is important to us. We hope everyone who is celebrating Christmas, Hanukah and New Year has a lovely break.

Don’t forget, if you want Santa to put a My Ketso in your stocking, it will help you plan projects, workshops and writing assignments effectively in 2020, whilst also making a difference for people like Shani. Please contact us with any queries.